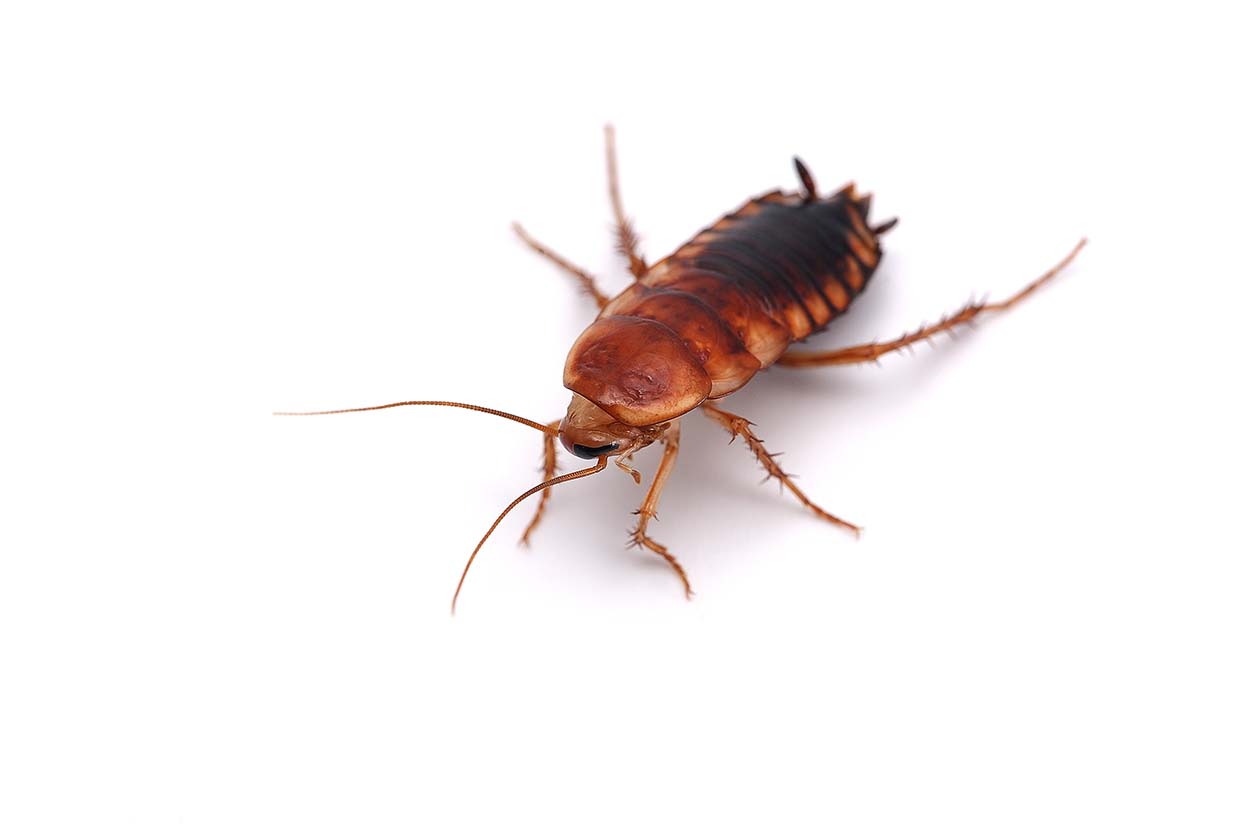 Commonly known as the water bug, the American Cockroach is also called the Bombay Canary or the Palmetto Bug. This bug, despite its name, is not native to America but was introduced to the United States by ships from Africa during the 1600s. It is currently the largest home-infesting roaches and maintains a status as a major household pest in the United States.

Signs of an American Cockroach Infestation

The first thing a homeowner, or business owner, should look for is is the insects themselves. Normally they can be seen fleeing or scurrying to dark or hidden areas of the dwelling or building.

Often mistaken for mice droppings, American Cockroach droppings are ridged and tubular in shape and have blunt ends. These droppings are often found in the dark and dim areas where they hide.

Egg capsules are another sign of an American Cockroach infestation. These egg capsules are about 8mm long and dark in color. They can be found near food sources, basements, laundry rooms, kitchens, as well as behind cabinets and appliances.

One of the most unnoticeable signs of an infestation is a “musty” smell. People with sensitive noses may notice this odor around the house. The smell is caused by a pheromone that the American Cockroach produces and releases.

While being incredibly resilient, American Cockroaches also have the frightening ability to live for up to a week without their head. This makes a homeowner’s DIY treatments nearly futile without the help of a professional pest service.

These winged creatures can also fly short distances, and bite, although this is a rare occurrence.

American Cockroaches can enter your home through small cracks in walls, electrical socket gaps, and electrical switch plates. As with many other pests, prevention is easier than extermination. So elimination or reduction in inviting environments is key.

Sealing cracks and entry points with a moisture-resistant, silicone caulk and proper sanitation are all great first steps.

Certified Pest Solutions offers a free, no-obligation inspection for your home or commercial property. Fill out our free estimate form, or give us a call at 904.406.0946 to schedule an appointment.